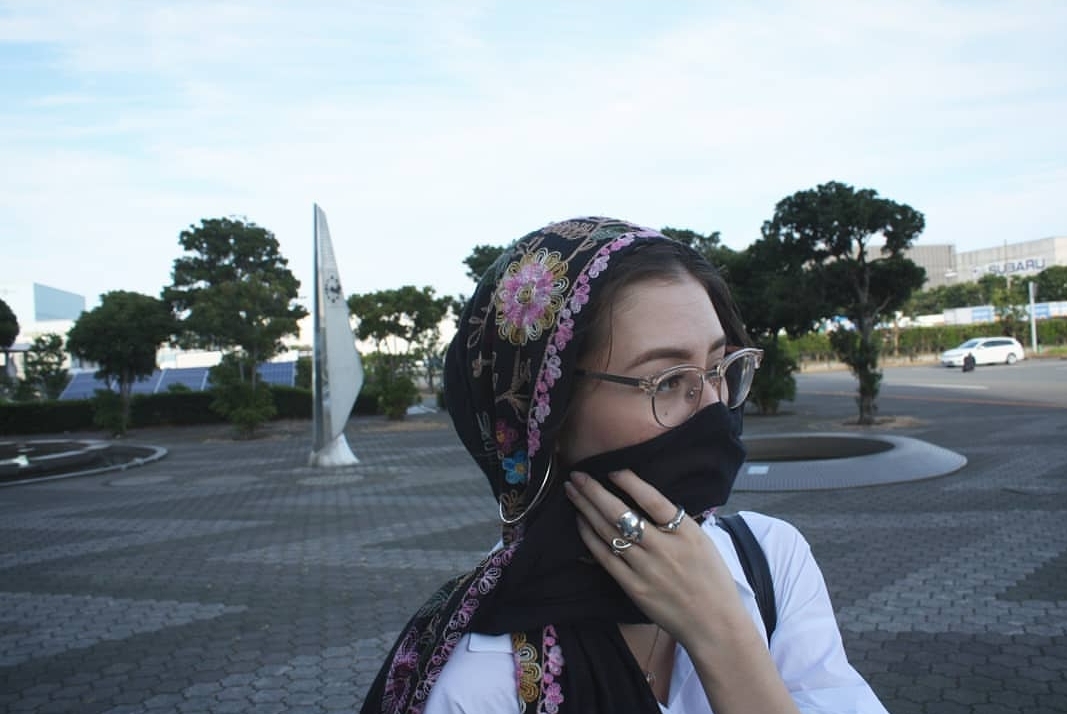 Hijab: More than just a scarf

When I first entered GLOBE in September of last year, I wore a scarf around my head called “hijab”. It is meant to cover my hair and to show people that I am a Muslim. It was something I wore every single day ever since I converted to Islam back in 2017!

But recently, I made the decision to take my scarf off. When I came to school suddenly showing my hair, naturally, many of my students were confused (some of them didn’t even recognize me and thought I was a new teacher!). “I thought it was mandatory for Muslim girls to wear it, no?” They would ask. I’m here to talk about a common misconception: The idea that all Muslims girls are required by our religion to cover our hair with a scarf.

The word “hijab” is Arabic, but interestingly, it actually doesn’t translate to “scarf”! The actual meaning is something similar to “barrier” in English. Hijab is what I would call an umbrella term, meaning it is the name of a much larger group of ideas. It’s a much deeper concept than just hiding your hair, it involves a lot of other things too. Hijab is about modesty, it’s a set of rules that we must follow when it comes to interacting with other people. This means that there is hijab for men as well! Many people think that hijab is only for women, but this is not true. Men are also required to follow hijab, but it’s a different set of rules than women, which is why we don’t see Muslim men hiding their hair.

Hijab for men is simple: they must not wear tight pants or show off their muscles. They are prohibited from wearing gold jewelry (because even God believes that wearing gold chains makes them look like wannabe rappers) and have to stick to silver. They are forbidden from disrespecting a woman’s boundaries and must refrain from shaking their hands, which is a common way Western people greet each other. But most importantly, that are required to lower their gaze. This means that while women do the first step of covering their hair, men have to follow up by not staring at them and objectifying them.

It is easy to confuse culture with religion. For this reason, many people think that Islam is oppressive to women and that we are forced to wear hijab because countries like Iran do so. But it is entirely our choice! Like I said, the scarf is only a small part of hijab. What’s more important is how I carry myself. Being polite, being kind, and smiling a lot: These are the most important parts of hijab.

I hope you guys have a different view about hijab now!