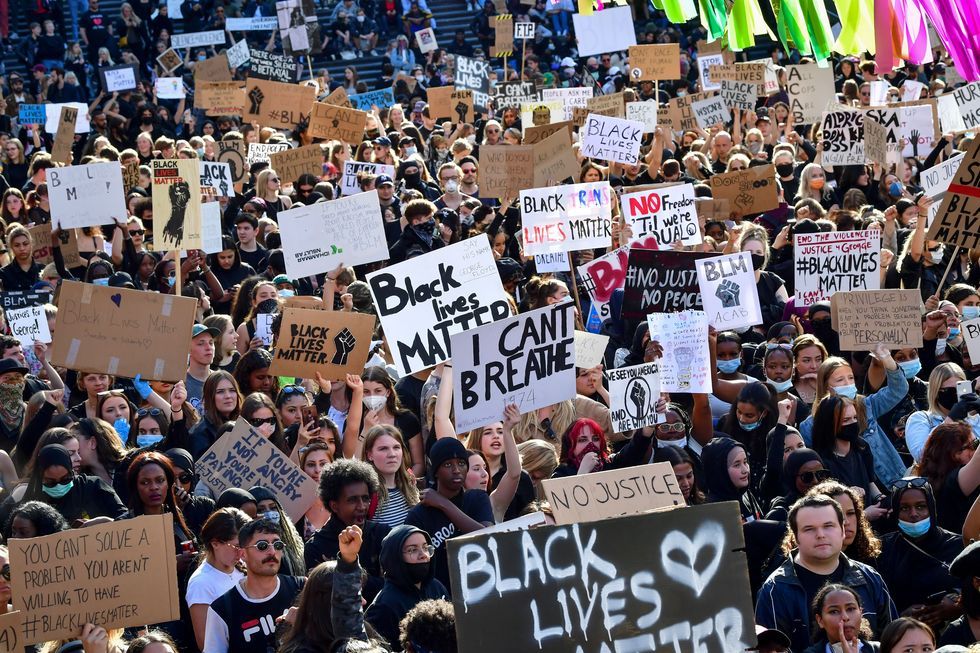 What Is Going On In America?

The BLM Movement and All Lives Matter Controversy

When I introduce myself as an American to my students, I frequently get asked: “What is going on in America?”

I don’t think there are enough accurate Japanese resources to fully comprehend the situation. Often times, the Japanese translations can be misleading or there is a lack of explanation on the full context of the problem. This problem is much more deeply rooted than it seems, which can be difficult to understand if you did not grow up in America. So I am here to explain in the best way that I can what is currently happening!

There are three main characters in this story: The police, President Trump, and the black community. Although the Black Lives Matter Movement (「黒人の命だって大切だ」運動) was founded by Alicia Garza in 2013 after Trayvon Martin was wrongfully killed by policeman George Zimmerman, I think this movement extends far before that.

America was built by black slaves (黒人奴隷). America was created on white supremacy (白人至上主義). Everything you can think of – politics, education, entertainment, real estate, business – was created for the white man. Black people couldn’t join politics, their history was not taught in school, they couldn’t appear in movies, they couldn’t buy a house, they couldn’t get a loan from the bank… all because of the color of their skin. In fact, until 1964, America was segregated (人種的分離) and black people were not even allowed to use the same water fountains as white people, or even share a seat on the bus. 1964! That’s around the time my mother was born – it’s such a recent thing. And yeah, maybe now we see more black people in the media playing main characters in movies or winning gold medals in the Olympics, but it’s still extremely difficult for black people to become as successful as a white person.

Picture: Black people were not allowed to act in movies, so white people would paint their face black and pretend to be black. This is called “blackface.”

Did you know teachers in America are 84% white? US governors are 96% white? Music producers are 95% white? Directors are 95% white? And the ten richest Americans are 100% white! We call this “systemic racism” (制動的な人種差別) where everything is created to make sure black people cannot become as successful as a white person because the opportunities aren’t the same.

So this is the current context. The problem people have been protesting about is something called “police brutality” (警察の残虐行為). Because everyone is carrying an iPhone nowadays, more video footage has become popular on Twitter of people recording policemen attacking innocent black people. There is a huge stereotype that black people are more likely to steal something or carry a weapon, so police officers become more aggressive with them. So when someone called the police because they thought George Floyd used a fake $20 bill to buy something, Derek Chauvin came to arrest him. As a result, he put his knee on George for 8 minutes and 46 seconds, suffocating him. As he cried out for his mama, he took his last breath after saying his last words were “I can’t breathe.”

The video footage of George being strangled showed America and the rest of the world that this is a problem that has been happening for longer than any of us realized. For a lot of us non-black people, we realized we have a certain privilege (特権) because police don’t think we’re always trying to commit a crime. We wanted to stand in solidarity (連帯) with the black community, so we started to protest (デモ) and riot (暴動).

Maybe some of you will think “America is too radical!” (アメリカって過激すぎる！). Maybe so! But Trump makes it very difficult to make any positive change, so we really have to speak up! It seems like more people are becoming aware of the discrimination black people face in America, so I’m always happy to hear my students ask me questions about this!