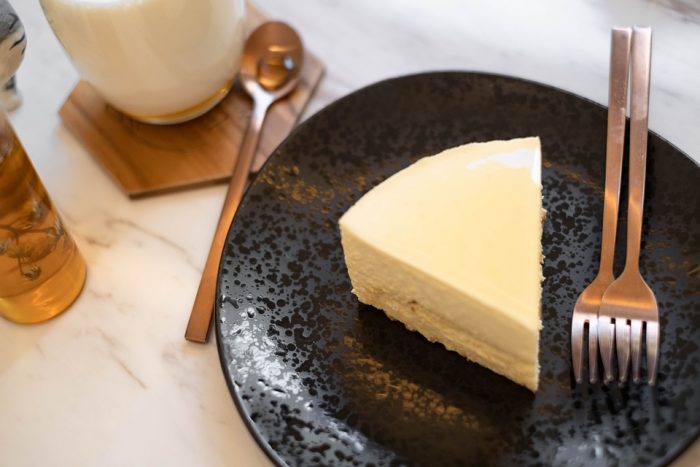 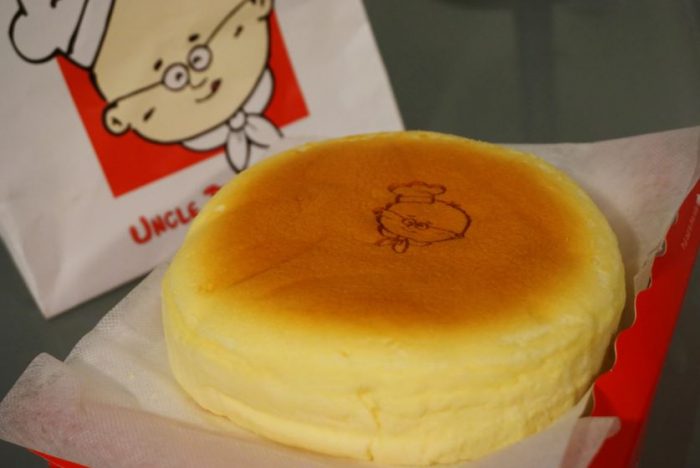 Cheesecake is one of the world’s most popular desserts. Being from Toronto, when I think of cheesecake I think of something that is very thick, rich and creamy. A few years ago a store opened up in my hometown. It is called Uncle Testu’s Cheesecake. The company sold a version of cheesecake that I didn’t know existed, it is known as Japanese style cheesecake.

When the store first opened in Toronto, people lined up for over 2 hours to buy Japanese cheesecake. At that time, Japanese products, brands, and food were becoming very popular in Toronto. I have a few Japanese friends in Toronto so I asked them if they knew about Uncle Tetsu’s cheesecake, but they had never heard of it.  However, my friends said it wasn’t very good. It was nice to get to try Japanese cheesecake for the first time but I am still a fan of NY Cheesecake.

So what is the difference? Japanese cheesecake is lighter in taste, fluffier, uses less cream cheese, doesn’t have a crust and also uses whipped eggs. It is very similar to a souffle. New York Cheesecake uses a lot of cream cheese, a lot of sugar, has a crust, and usually has a fruit topping.

There are around 12 ingredients in New York Cheesecake:

nsalted butter, room temperature
3. Sour cream, room temperature
4.Sugar
5.  Large eggs, plus 2 egg yolks
6. Lemon zest
7.Vanilla extract
Japanese cheesecake and NY Cheesecake are not the only types of cheesecake. In Germany, the cheesecake is made from soured milk that tastes almost like Greek yogurt. The cheesecake is not baked, and they use a pie crust. Dutch cheesecake is similar to German cheesecake, but the crust is made from crushed ginger cookies. In Italy, ricotta cheese or mascarpone is used, and it doesn’t have a crust. In the U.K., the filling is cream cheese and heavy cream. It is not baked, sometimes has gelatin and uses biscuits for the crust.
What kind of cheesecake do you like?
Published inNative Teachers