In 1886, American cooks began adding chocolate to the cake batter, to make the first chocolate cakes in the US.
The Duff Company of Pittsburgh, a molasses manufacturer, introduced Devil’s food chocolate cake mixes in the mid-1930s, but introduction was put on hold during World war 2 .

Duncan Hines introduced a “Three Star Special” (so called because a white, yellow or chocolate cake could be made from the same mix) was introduced three years after cake mixes from General Mills and Duncan Hines, and took over 48 percent of the market.
In the U.S., “chocolate decadence” cakes were popular in the 1980s; in the 1990s, single-serving molten chocolate cakes with liquid chocolate centers and infused chocolates with exotic flavors such as tea, curry, red pepper, passion fruit, and champagne were popular. Chocolate lounges and artisanal chocolate makers were popular in the 2000s.Rich, flourless, all-but-flourless chocolate cakes are “now standard in the modern patisserie ” according to The New Taste of Chocolate in 2001. 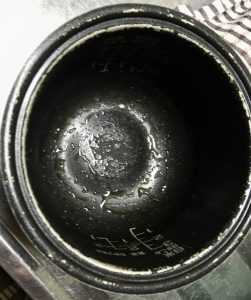 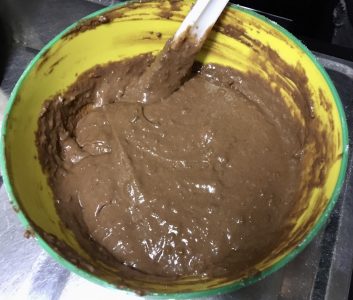 3 pour the mixture into the rice cooker 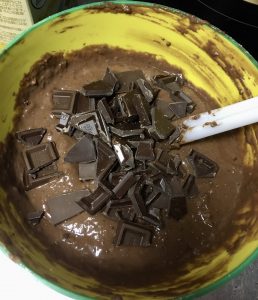 4 Press cook on the rice cooker if you have a standard machine you may need to press cook twice to make sure the cake is cooked through to the center. 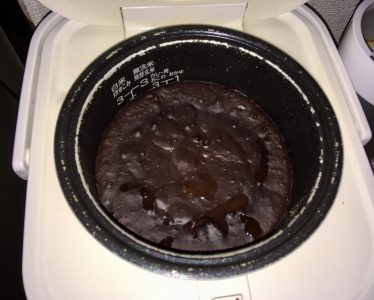 6 Turn out onto a cooling rack to cool down and then serve with whipped cream and berries.